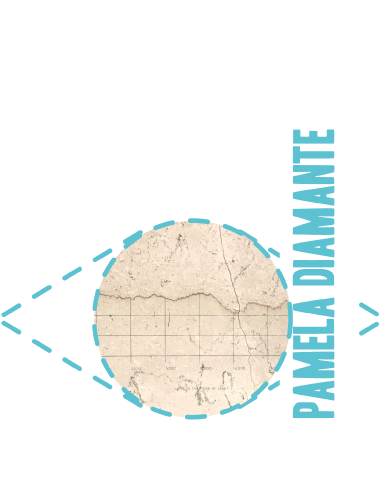 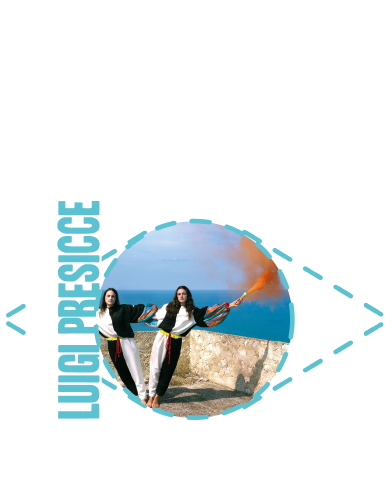 The large fragmented slabs of filetto rosso marble from Apricena belong to the neogenic period of the Gargano area, between the late Miocene and early Pliocene. Pamela Diamante places them inside tubular structures to fill the exhibition space vertically and full-height. A never-ending tower, a praise to creation and genesis, a praise to life.

The sedimentation path of the stone, the result of millions of years of separation, like a sound wave: a white noise, the sum of all possible noises, interpreted by the artist in collaboration with composer Marco Malasomma in an audio track that retraces the geological eras of the stone, of the world. Underwater and muffled sounds surfaced and vital, the origins, the land, the sea in a dialogue with the sound flows of the environment now, enriched and blended with the sounds emitted by visitors. Two very distant times are meeting.

The soundtrack and the sedimentation path talk to each other, stone sheets will display frequency-intensity, Hertz and decibel graphs composing a minimal grammar. The stone, the material, stops taking on new forms but resonates with and speaks to us through its primordial signs.

This venue is connected to the previous venue and the subsequent venue. It houses works by Luigi Presicce (Vieste) and Lucia Veronesi (Polignano a Mare) 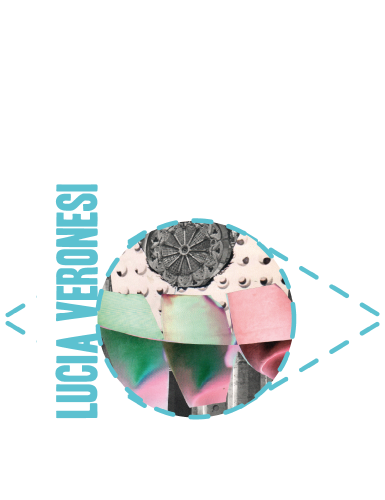 Pamela Diamante (Bari, 1985) lives and works in Bari, where she studied sculpture at the Academy of Fine Arts. Before starting her studies, she served the Italian Army for five years. She focuses on the notion of complexity: systems theory, emerging phenomena, accidental events, all elements at the core of complexity. She recently won the Artists Development Programme of the European Investment Bank. She has exhibited in Milan, Rome, Tehran, Miami and also in Havana.