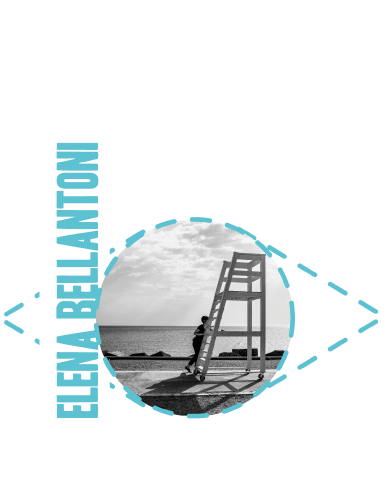 What can be seen from the many towers that guard and watch over the coastline of Puglia? And what can be seen from the other side, the sea? Elena Bellantoni chooses this latter viewpoint to drop anchor, an anchor, a (literally translated dead body: a marine term for a heavy object used as an anchor on the sea bottom of a buoy or a safety buoy). A gesture, a physical and symbolic effort to throw, to launch. Something about courage: the courage to dive and cross the sea.

This gesture lies at the very heart of Corpomorto: placing something on the bottom of the sea that turns into a safe anchorage and at the same time requires an element of courage (from the Italian an-coraggio). Semantic implications recalled by seafaring terms. The term corpomorto suggests the presence of many dead bodies in the seas making reference to the weight of cement (the heavy and cheap material of which a corpomorto is actually mainly made up). An-courage emphasizes the action of jumping into the sea, the courage to approach a dock and reach the mainland.

The artist as an anchor during a documented performative action whereby letters made of concrete at the bottom of the sea compose the nominal phrase anchor corpo-morto (dead-body) between the sky and land-courage. Even without a predicate, this sentence becomes a warning, a poetic, politically coded message. From the sea does emerge a vision of the tower, a phrase that can be enriched with new syntagms, a new discourse always susceptible to change and transformation.

This venue is connected to the previous venue and the subsequent venue. It houses works by Luca Coclite (Brindisi) and Gabriella Ciancimino (Taranto) 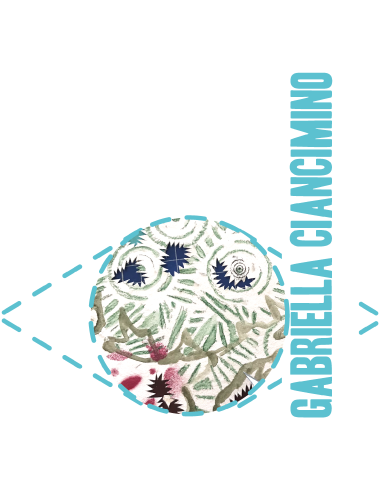 Elena Bellantoni (1975) lives and works in Rome. She teaches “Body Phenomenology” at the Academy of Fine Arts in Rome. After graduating in Contemporary Art History, she continued her studies in Paris and London. Video, photography, performances, drawing and installations: all languages through which BELLANTONI explores identity and otherness. In addition to numerous artistic residencies – Belgrade, Mexico, Beirut – her most recent projects include “”, -on display in a focus event at MAXXI in Rome-, with which she won the IV edition of the Italian Council and “” for Manifesta 12. The artist is present in several public and private collections in Italy and abroad.